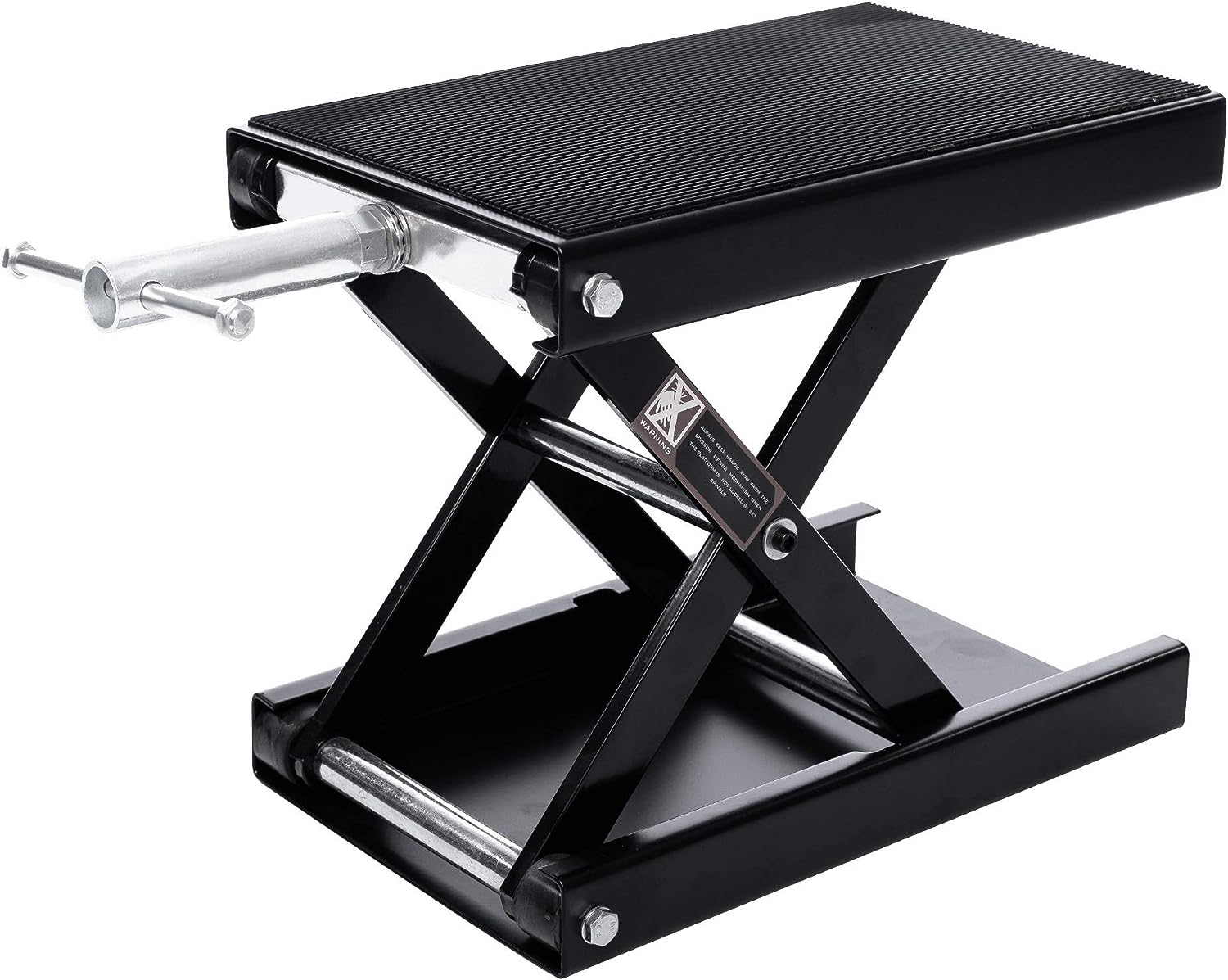 Apextreme Motorcycle lift is made from high-quality steel designed to be easy-to-use and strong enough to lift motorcycles like adventure touring motorcycles, cruiser bikes, and street bikes. Can use in the garage, shop, or at the track.