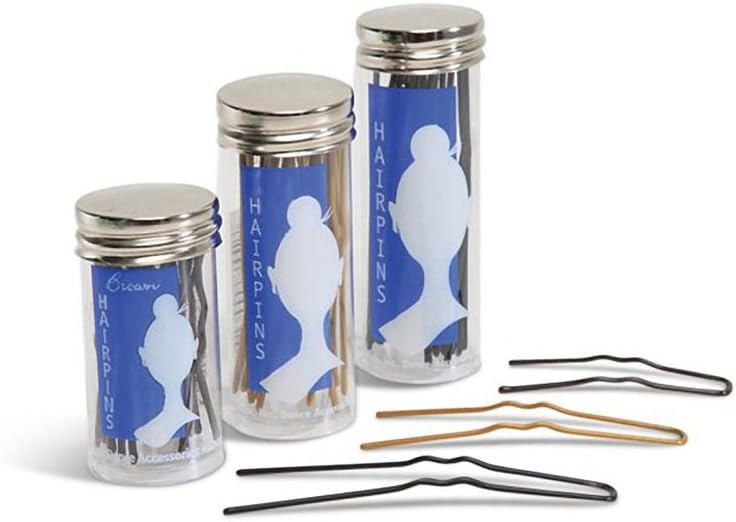 Super heavyweight hairpins specifically designed for dancers. One pin does the job of several 'ordinary' hairpins. 12 per package.